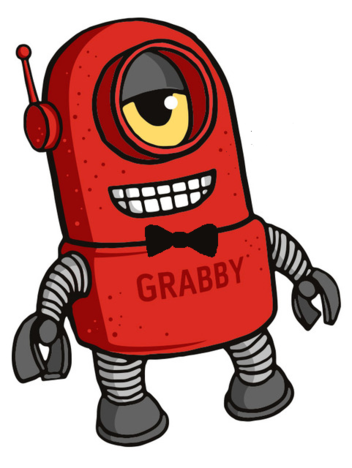 It's that time of year GrabCADrs! Design the second annual Golden Gear Award trophy for our annual celebration of all things awesome in the GrabCAD Community.

Why do we have the Golden Gear awards?


Here at GrabCAD we value every engineer and designer that makes life better for someone else by sharing their beloved creations with the Community. This annual tradition (Golden Gear Awards 2012) is our way of saying thank you. So, go have fun and create a trophy design!

It's also your chance to nominate your favorites for recognition. Your fellow members produce and share astonishing work every day. Having insanely cool, well-crafted CAD models is what makes us tick.

Who decides the winners of the trophy challenge?


This year's Golden Gear Awards will go to staff picks and community picks in all kinds of categories: models, renderings, tutorials, and more!

Create a trophy for our Golden Gear Award winners


We need a trophy to give our Golden Gear winners. Who better to design a bit of physical product goodness than you? Create something that you would want to take home because, after all, the winner of this Challenge will get a Golden Gear, too! Golden Gear Awards winners will be announced here after the New Year along with the Trophy Challenge winners.

You can download a PDF of the GrabCAD logo and a sample STL of a newer version of Grabby we are working on via the Download specifications button. This year we are letting you pick the material and size of your trophy print - just keep it under $100 per trophy. Include your material of choice, size, and estimated cost in your model description.

The Procedure for the Golden Gear Awards


1. Nominate your favorite engineers and models in the comments of this Challenge.
2. Create a trophy design and submit it.
3. Your favorite Community contributions in 2013 receive the winning 2013 trophy design.
4. The Challenge winner gets their trophy and all honorable mentions get a special gift from Hardi.
5. Everyone has a happy holiday!

OTHER REALLY AWESOME CONTRIBUTIONS FROM 2013

GrabCAD is an Open Engineering platform that helps engineers and designers accelerate their design process. Our mission is to help you build better products through shared resources and collaboration.