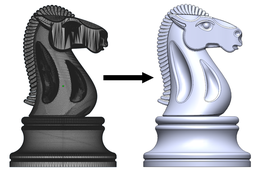 Need to convert an STL (or OBJ) file into a "real CAD model"?

There are several tutorials which already exists for this topic. I'm making a new tutorial to give additional information.