How to control the transparency of your 3D printed parts- the hardest task yet! 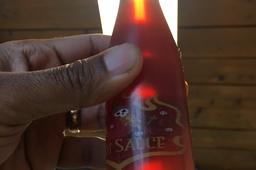 With multi-material 3D printers, how do you control what's transparent and what's not? Especially when you've got clear sections above, behind, and even intermixed with your color layers? This tutorial covers controlling what's clear, what's opaque, and what's tinted, even in intersecting volumes printed as one solid part! Get ready to conquer the hardest task in 3D printing!