How to Media Blast FDM Parts 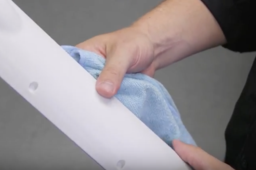 The normal surface finish of FDM parts is suitable for most purposes, but in applications where a different finish is required, media blasting is an inexpensive and quick solution.

Following the best practices helps reduce the risk of damaging or breaking a part when media blasting.

The following is brought to you by Stratasys.