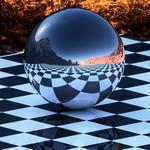 What do you recommend for good rendering but wont take more then around 1-2 hours assuming a frame rate of 60 and 2 seconds of animation.

Hi Kyle, I use KeyShot and have very good results.

I'm totally agree with Andre. Fast Rendering depends on you computer resources especially video memory ie graphics card. good rendering i would say its all about detailing and your knowledge about materials and lighting and how different materials behave under different lighting conditions.

Why is a frame rate of 60 being used? Cut it back to 30 and you'll cut the time to render in half.

I depends on your PC/Workstation.

To be more precise, previously, rendering was dependent solely on your CPU, so more powerful CPU meant less rendering times.

Also, more cores of CPU = better effeciency at rendering and multitasking, which is why budget workstations often tend to opt for AMD's Ryzen processors. They have more cores compared to their INTEL counterparts. But INTEL provides us with more single power performance.

So, its completly upto the user.

But right now the hot topic is CUDA CORES(GPU RENDERING). The timings are slashed by more than 10 times as compared to CPU rendering. So, at least a second hand 750Ti would be recommended for starting up, later you can upgrade to more better cards.

For good rendering in less time, I recommend:

Also, you can try Network Rendering to share the workload with other systems on network. In some programs, I've seen rendering options provide options of Samples v/s Time, so you can choose Time and PC will adjust the quality based on that.