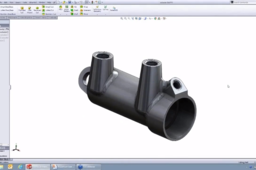 Casting covers a variety of parts and is useful in many industries from creating highly stylized claws to standard automotive parts. In this tutorial, one of our Elite Application Engineers shows his tips and tricks for modeling castings.