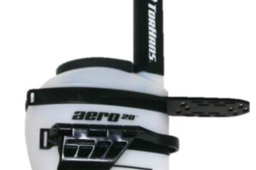 These guidelines are to be used as a starting point in understanding the basic aspects of design and preparation for injection molding.