How to Create Texturing Patterns on FDM 3D Printed Parts 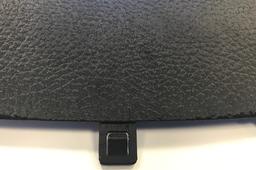 When producing FDM parts that will be installed in user-facing applications, or when FDM prototypes need to have a more interesting appearance, surface profile and finish are critical. Texturing a part file allows for a unique pattern or design to be built directly into part surfaces, reducing the layer line visibility as well as post-processing time. Coatings and paint can be applied directly to the textured surface to create a finished part.