Is it possible to mate circular faces? 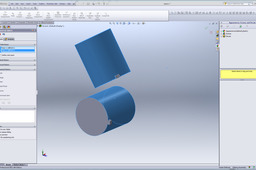 You can use several types of mates in SolidWorks to do this other than simple concentric, depending on what effect you want. Here are some examples, although I'm sure I've left some out :)