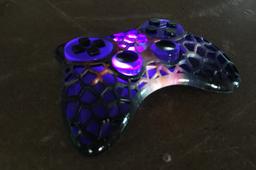 We discuss the 4 levels of 3D printed prototype realism all Industrial Designers should know about, and show you step-by-step how to reach each one!